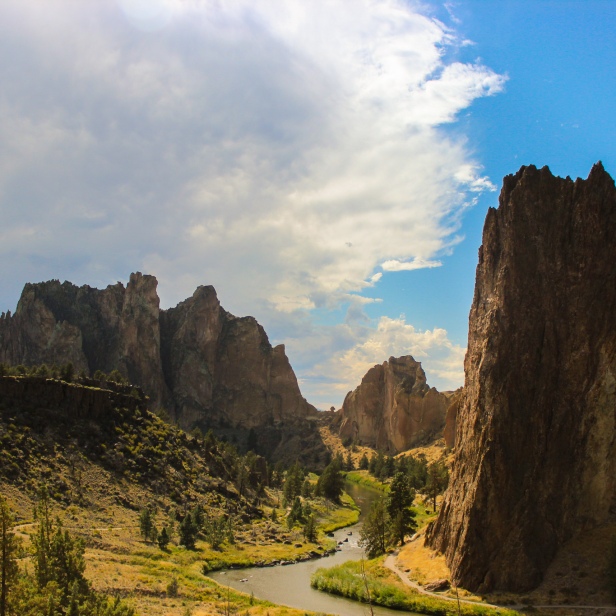 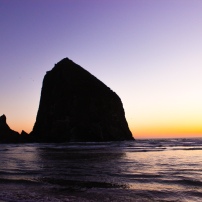 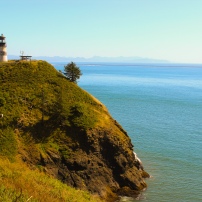 Check out the vlog at https://youtu.be/yMNEyW2-3yE

Hey folks – long time no talk!  Life’s been busy, but good.  On August 27th my husband, Solomon, and I set off for Georgia from Washington.  The first leg of our journey took us to Oregon for a few days.
We left August 27th with a lot of food and a lot of baggage (in a purely physical sense).  Stopped for a drip coffee and a dirty hemp chai latte at Vinaccio’s Coffee in Monroe – they have the best dirty chai I’ve ever had.  We ran into Mike, the owner of the shop, who actually sent Solomon a five pound bag of coffee beans when he was deployed overseas, and chatted with him for a hot minute before taking off, for real.
The drive was pretty but felt long, given Solomon’s insistence on playing only music of the Willie Nelson variety (don’t get me wrong, I like Willie Nelson – just not hours of Willie Nelson).  We pulled over for lunch in the parking lot of a gas station and chowed down on cheese sticks and baby carrots.
Made a stop at Cape Disappointment and walked through the ruins of the fort and up to the lighthouse.  The area was beautiful but hot as hades – we would later learn from the owner of the hostel we stayed at that Oregon was having one of the hottest summers in the last few years…
After sweating our butts off, we hopped over the Oregon state line to stop at Pier 39 and listen to the sweet song of the iconic sea lions.  Our home for the night, Seaside International Hostel, was just 15 minutes away.  The owner (I want to say Ed, but don’t take my word on that) was hilarious and helpful, giving us a dinner recommendation and informing us the hostel would provide pancake mix and his own homemade maple syrup for breakfast.
We took Ed’s advice and stopped for a bite at Sam’s Seaside Cafe, a no frills seafood restaurant tucked in-between cringe-y tourist traps.  The oyster shooters were fresh and flavorful, and the tuna salad sandwich was perfectly classic.  From there, we drove over to Cannon Beach to check out the iconic Haystack Rock at sunset, which did not disappoint.

The next day we woke up, treated ourselves to pancakes with Ed’s homemade syrup, and chatted with one of the hostel workers, a self-proclaimed bicycle nomad.  We walked through the hostel’s backyard garden to catch a view of the river before heading out for Portland.
Unfortunately, our stop in Portland was a bit of a bust.  We were already pressed for time and pretty much only had time to grab a cold brew from Coava Coffee Roasters (which was smooth and refreshing).  We drove through the city for a bit and were mostly met with construction, confusing road signs, and traffic, which was a big bummer.
BUT things improved once we got out of the city.  We stopped for another parking lot lunch (this time, at a Safeway) and then headed for Bend, our destination for the night.  The drive took us right by Mt. Hood and through beautiful, stormy plains.
After meeting up with our Bend friend (nice rhyme, I know) we had a quick climbing session at Bend Rock Gym and then grabbed a hefty dinner from River Pig Saloon – nachos for me and a bison burger for Solomon.  We turned in early for the night in preparation for the day ahead…

Thursday (August 29) we started the day with breakfast burritos from Taco Salsa and made the (not so) lengthy drive to Smith Rock State Park, a gorgeous climbing area that rivals the southeastern crags Solomon and I are used to.  A quick hike into the canyon floor led us to Morning Glory Wall, where we knocked out 5 Gallon Buckets (5.8) and The Outsiders (5.9).  We hiked over to another wall that I don’t know the name of and climbed a few more routes that, again, I don’t know the name of…whoops.
As storm clouds began to creep in we threw in the towel and drove back home for naps and showers. After refreshing ourselves with sleep and soap we met again at The Lot, a courtyard of food trucks where we picked up some massive portions of pad thai and stir fry.   After hanging out for a bit we all gave in to exhaustion and decided to call it a night, as the next day Solomon woke up bright and early at 5:15am to make our way to Salt Lake City, Utah…